How to Be Realistic About Networking

Networking is a necessary part of the career development process. It helps you discover opportunities you never knew existed. This could include a career that is just the thing that fits nicely with your passions and strengths. Or it could include opportunities in a field you’re already passionate about. But most importantly, it helps you build long-lasting professional relationships.

Since 80% of the workforce found their opportunities (whether working for someone else or for themselves) through networking, it makes sense to spend 80% of your career development and job search on networking. But before you dive into networking, you need to check your expectations about networking, and make sure they’re realistic.

When I used to work as a college career adviser at a local university, I had several students wanting to go into the music industry. While most of those students understood the need to network, some would put it off until graduation. This was a huge mistake! Especially since going into the music industry where getting to know the insiders is more challenging than in other industries.

I know this from personal experience when I used to do image consulting for recording artists. It took me three times longer to develop my network with music industry professionals than it did in my previous industry. In fact, it took about three years before people started saying, “Oh, yeah, I know you!”

If one of my seniors getting ready to graduate had waited until graduation to begin his or her networking efforts, he or she was about three years behind the competition who started their networking efforts their sophomore year. Those who had already been fostering professional relationships were more likely to land a job upon graduation.

Even if your own chosen industry takes less time to get to know the insiders, it’s true the sooner you start developing relationships with appropriate contacts, the sooner you’ll see the fruits of your labor. In other words, expecting it to happen overnight is unrealistic.

That’s also not to say it can’t happen quickly. I have two examples of each scenario from my own career. First, I met the vice president of a Nashville-based company while attending an event downtown at the Entrepreneur Center. An exchange of business cards and one brief conversation a month later he hired me to do some contract work for him. And I’ve been working with him for three and a half years now. I didn’t expect this to happen so quickly. It just did.

This same gentleman introduced me to a wonderful small group of local business owners at the same time he had introduced another woman to the same group. For two and a half years I got to know these business owners in a very close-knit way, including the other woman introduced to the group. In that time we shared our celebrations and concerns on a weekly basis. After getting to know each other for two and a half years on such a level, she also hired me to do some contract work for her business. Again, I didn’t expect this to happen, but with time, it did.

In both situations, I never asked them if they had a job for me. Instead, after taking the time to establish a rapport with them, they approached me with the opportunity to work with them. I never entered either relationship with the expectation of getting something from them. This is what I call the “organic approach” to networking.

Anything that’s forced feels creepy! In fact, one time there was a guy who was starting his own business doing similar work to my own. He called me to introduce himself to me and actually said, “I’m calling to network with you”. Eeww! That was an immediate turn-off and I chose not to engage in his approach.

The best approach to realistic networking is an organic one. It looks like this:

Start now. And be realistic!

For more networking tips, get the on-demand program The Secret to Successful Networking: How to Do It Naturally and Effectively. 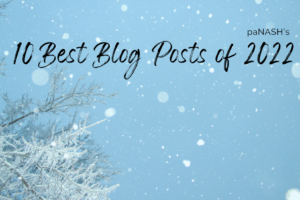 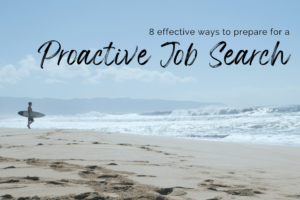