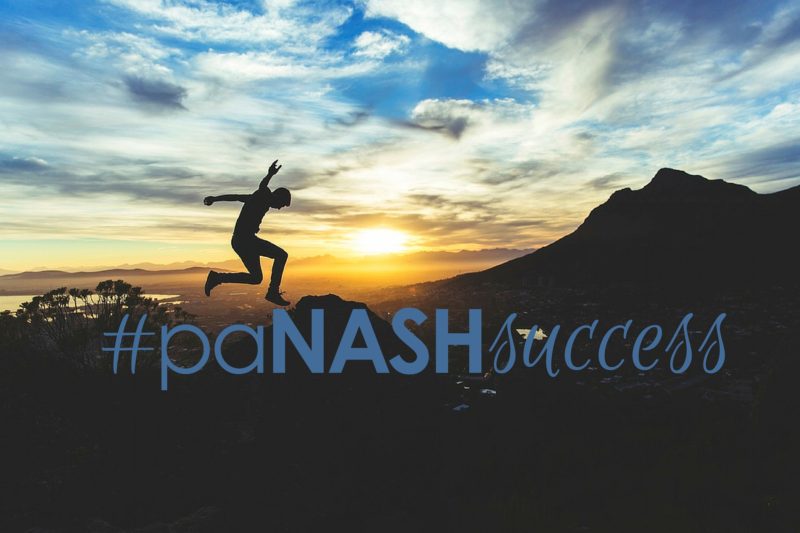 I always love sharing paNASH Success Stories, and here’s another one! I’ve been working with this client for about six months. When I first met her, she was coming out of a very successful career as a professional athlete, and didn’t know what was next for her. She had a lot of interests, skills, and creativity, but didn’t know how to put them to use. She was working a retail job that didn’t match any of those skills or interests and hated it.

Since we started working together, she has quit her retail job, explored a variety of possible career options, and has rediscovered her previous passion for writing. She has also rediscovered her love for all things design, including graphic design and interior design, and is putting into action a way to help her and her family prosper.

She is using her love for writing to write for her husband’s home improvement and renovation business’s company blog, and she is revamping her own interior decorating blog she started a long time ago. In addition, she is using her graphic design skills to improve the brand and promotion of her husband’s business, resulting in new clients. And, she is developing her interior decorating talents to keep current clients by providing a “next step” service for them after their home renovations are completed. It is the perfect complement to her husband’s own business and passion.

The Process of Experimentation

It took some time for this client to arrive at this plan. She was trying several different things and considering an array of possible options. This often made her feel like she was aimless and all over the place. I reminded her this is a season of experimentation for her and encouraged her to embrace it.

I told her that by trying different things she would eventually arrive at the answer to her “What’s next?” question. And she has. She did so probably sooner rather than later because she was using the tools my coaching services provide, including: 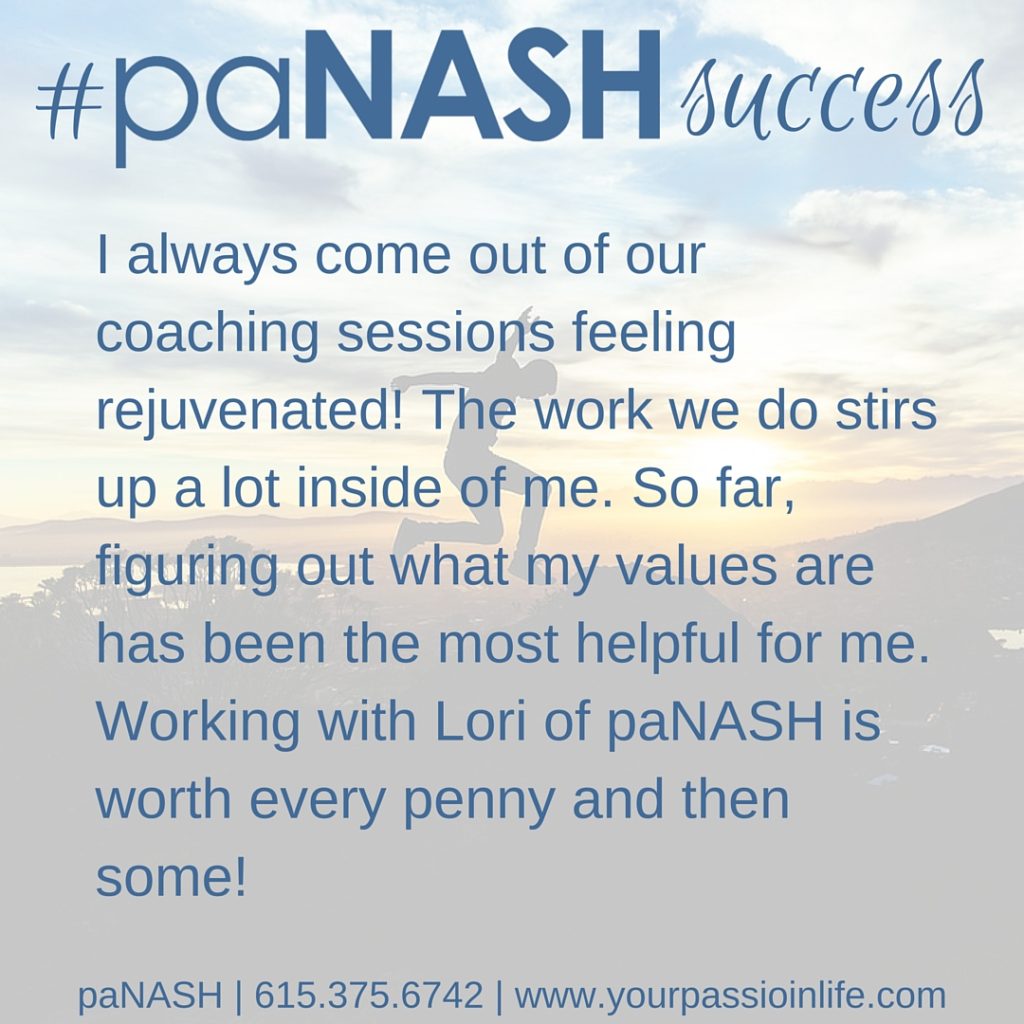 Some of the biggest lessons she says she’s learned from the coaching is to not try to fit someone else’s mold and to not listen too much to what other “well-meaning” family members say she should be doing. She’s instead learned to take the talents and interests that go all the way back to her childhood and discover ways to incorporate them into adulthood.

Adulting doesn’t mean letting go of your childhood passions. It just means learning how to rediscover those talents and interests and develop them in a responsible way that benefits the world around you.  Is it time for you to do this? Let’s talk! 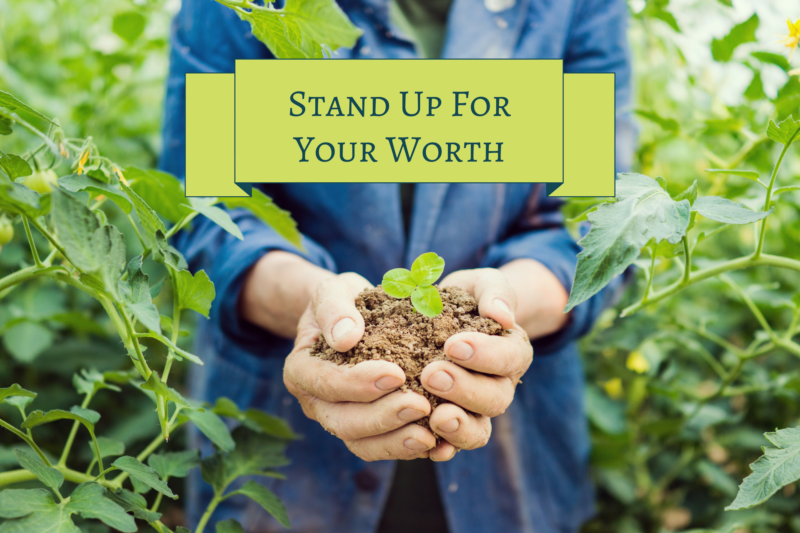 Stand Up For Your Worth

What’s your worth? My first year out of grad school, I worked at an institution where my male counterparts got paid A LOT more money for a lot less responsibility than me. I also once worked in an industry where I was often told, “Oh, we can’t pay you for your expertise, but this project will give you great exposure.”

HOLD UP! Am I the only one who sees there’s something clearly wrong with these scenarios? The second scenario mentioned will sound familiar to a lot of people here in Nashville, but it’s one that’s (at least in its particular industry) rarely questioned or challenged.

If you work hard and do a good job, shouldn’t you get paid for it??? My grandmother believed so. She was the hardest working person I ever knew. Here’s her story, and how she serves as an encouragement to stand up for your worth. I hope that both men and women will learn from her example and teach their children her example as well:

Know Your Worth And Close The Wage Gap

Want To Be a Public Speaker? Beware of the “Exposure” Bait 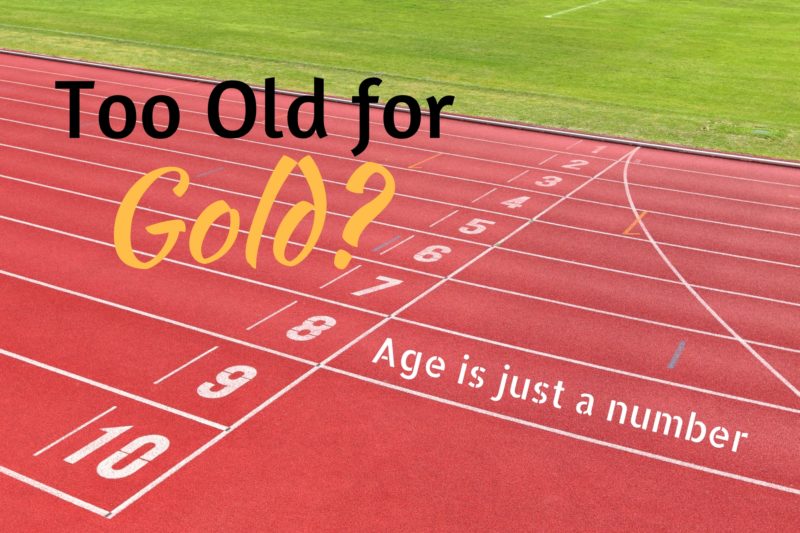 Too Old for Gold? Age Is Just a Number

By Lori Bumgarner on August 17, 2016 in Goal-setting, Inspirational/Motivational, Pursuing Your Passions

Like most people, I’ve been watching the Olympics the past week and a half. It is the best way to witness people’s pursuit of their passions in action. What I love most about the Olympics and sports in general is the inspiration and encouragement it provides for everyone who has a passion and a dream.

One story in particular I am personally inspired by this Olympic season is of the Uzbekistan gymnast Oksana Chusovitina. Oksana is 41-years-old competing in her SEVENTH Olympics (and still hasn’t ruled out Tokyo!) in a sport where age 21 is considered “old.” Oksana is my “shero” because she and I are almost the same age (I’ve got a year on her), and she is not letting her age be an obstacle to her dreams and her passions.

Most people in her position would tell themselves they are “too old.” Too old for what, I ask? Tell that to the 85-year-old woman I met while recently volunteering for the Senior Olympics. By the time she had made it to the event I was working, she had already competed and medaled in NINE other events over the previous three days.

On the flip side of this, I was recently working with a new client who shared with me that one of her self-talk limiting beliefs (a perceived obstacle) is she is “too young.” I found this surprising coming from someone who works as an actress, also a career where time and age are against you. My response was, “too young for what?” When I delved deeper into where this limiting belief came from, I discovered she suffers from the same thing I do, “youngest-sibling-syndrome.”

The point is, age is just a number. We have the choice to let our circumstances, others’ opinions, or even our own negative self-talk control our lives. Or, we have the choice to be inspired and moved by the examples of those who ignore all the “you can’t because of your age” talk and say to themselves, “I can, even if I fail in my attempt.”

From the judges’ perspective, Oksana failed miserably in her landing of her vault. Upon landing so hard she ended up going into a flip on the mat. From my perspective, she should have gotten extra points for the extra flip, for making such a failed landing look so graceful, and for experience!

If you have a God-given desire in you to try something you may consider to be either “too old” or “too young” for, ask yourself these questions:

Be honest in your answers. For more inspiration, check out these other blog posts:

By Lori Bumgarner on August 10, 2016 in Career Advice, Goal-setting, Inspirational/Motivational, Pursuing Your Passions, What Lori's Passionate About

This week’s paNASH blog is actually a link to an article on “5 Ways to Discover New Passions” I recently wrote for The Daily Positive, a popular blog site first created by Dale Partridge and designed to include writings that inspire you to live a life of purpose.

I’ve always enjoyed reading the insightful posts from the writers and contributors of TDP, and am honored to have my article featured along side theirs. Click on over to read it and sign up for their newsletter so you can receive even more inspirational and helpful articles!

The tips in this article are just a small sampling of what I cover in my complimentary webinar “5 Ways to Pursue Your Passions in Life and Work.” If you missed the first webinar, don’t worry! I’ll be hosting it again the evening of September 8th.

And yes, I know that’s the same night as the NFL season opener, but don’t despair. I want to see that Panthers-Broncos rematch too! We’ll be done an hour before kickoff. So get off the sidelines and start actively participating in the trajectory of your life and career! (Click here to register.) 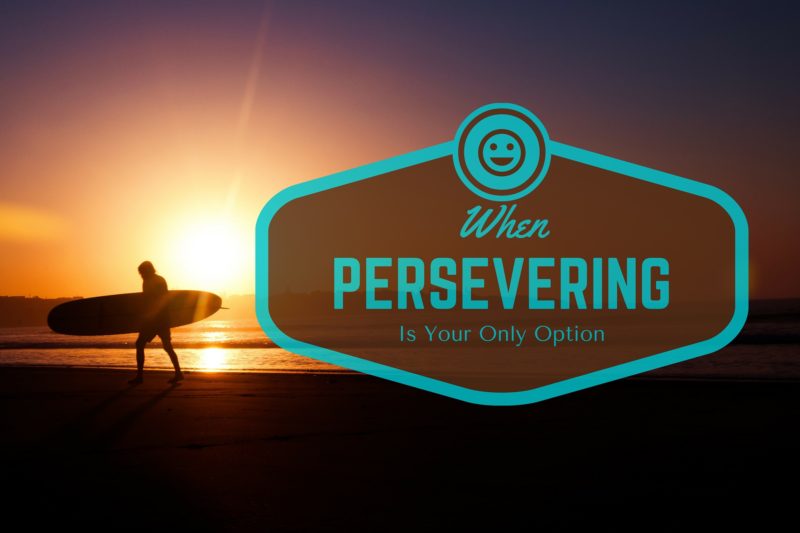 When Persevering Is Your Only Option

By Lori Bumgarner on July 27, 2016 in Career Advice, Inspirational/Motivational, Pursuing Your Passions, What Lori's Passionate About

One of my biggest passions is stand up paddle boarding (if you didn’t already know that from last week’s blog post). I love it so much, partly because I pick up so many life lessons while out on my board.

Life Lessons From The Water

This is why I started my other blog, SUP: Spiritual Understanding & Prayer (on a SUP board). I wanted to record all the things that were being revealed to me out on the water. Like this for instance:

Today the water levels on the river were down a little bit from earlier this weekend, but the current was still rather swift (about 2.5-3 MPH). The owners of the SUP shop invited a group of us to go out for a mileage builder. The plan was to paddle downstream to the next harbor, and then back upstream against the fast current for a total of 8 miles round trip. The owner said, “It will be great training!” So I said, “Let’s do it!” 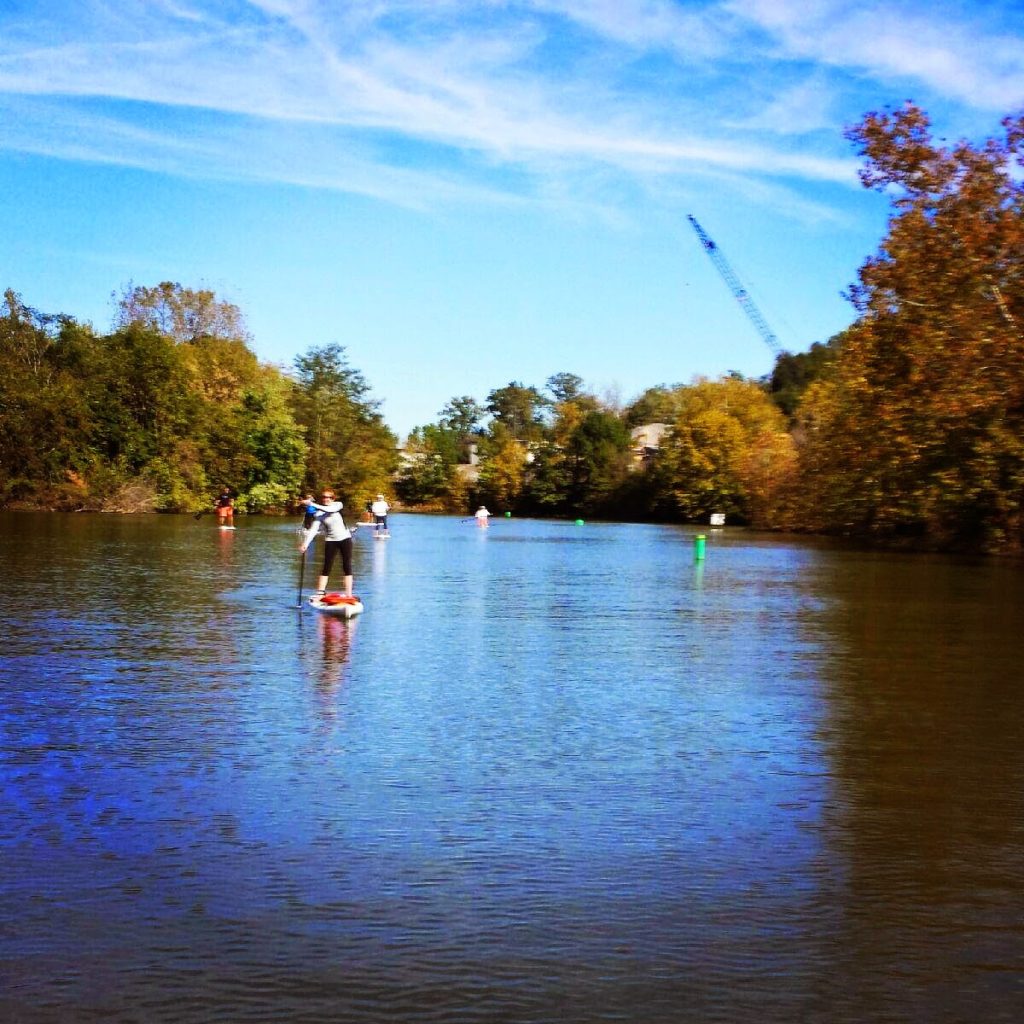 There were some eddies in the water and some swells from a barge ahead of us, but otherwise it was a really easy paddle downstream. We were moving really fast and it only took us half an hour to get to the other harbor. But we all knew, going back was going to be much, much tougher.

What took us half an hour going downstream took us two and a half hours going upstream to get back to where we started. We felt like we were on a treadmill! When we finally got view of our turnoff, it seemed like a mirage because it felt like we’d never reach it. I was getting blisters on my hands and all of us were experiencing fatigue. But giving up was not an option. We had to keep paddling and keep our eye on our destination. If we stopped for even just a moment, we would lose a lot of the ground we had gained. Once we finally made it back, we felt stronger and felt like we could accomplish anything! Click here to continue reading.

Sometimes in life it seems like we are paddling upstream. Oftentimes we feel like we’re not making any headway either in our life or our career (or both!). But what choice do we have except to keep going and keep persevering if we don’t want to get swept further downstream?

We have to maintain a “can do” attitude instead of letting the “I can’t” voice in our heads take over. In last night’s webinar I talked about how to reframe the “I can’t” beliefs into “I CAN” beliefs to achieve success. Instead of listening to your inner critic say “you can’t,” tell yourself what you can do within your control to take steps toward success.

I hope this week’s blog will be an encouragement for you to keep persevering in your dreams and your passions. If you need even more encouragement, check out this blog post I wrote in March about Jim Valvano’s famous “Never give up” speech. I hope you find motivation in his words and in my SUP blog.