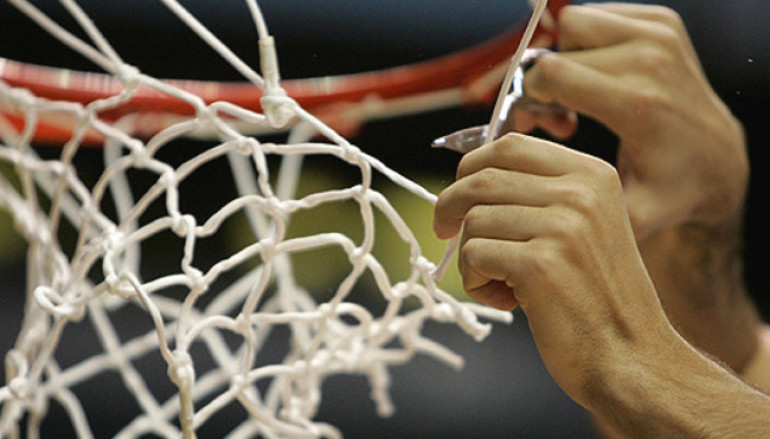 By Lori Bumgarner on March 29, 2016 in Goal-setting, Inspirational/Motivational, Pursuing Your Passions, What Lori's Passionate About

Anyone who knows me well knows how passionate I am about college basketball and the madness of the NCAA tourney. Originally from North Carolina, college basketball and March Madness is in my blood. My dad made it clear to me at a very young age that our household pulls for Carolina. When I was little, he bought me a UNC blue and white basketball and taught me how to play HORSE using our neighbor’s basketball goal. I’ve been a Tar Heel fan ever since.

When I was 8 years old, I remember rooting for the ’82 Carolina team in the NCAA championship game against Georgetown. I was allowed to stay up late to watch Carolina beat Georgetown and be crowned the national champions. A year later, I got to stay up late again to watch NC State (one of Carolina’s conference rivals at the time) play in the ’83 championship game. That night, there was a bit of a shift in our household.

But Jimmy V was a big dreamer and a big believer in his dreams. What he did with his team is he would schedule a practice every so often where they would leave the basketballs on the ball rack, and instead grab a pair of scissors and practice cutting down the nets. (For those of you who don’t know much about basketball, cutting down the nets is a celebratory ritual the winning team does when they’ve won their conference championship game, the game that puts them in the Final Four, and the national championship game.)

However, when they got to the national tournament, they weren’t expected to make it past the first round because they were the “Cinderella” team. They were one of the lowest-seeded teams in the tournament. One loss and they would be out. And they were up against some big giants. But Jimmy V never gave up hope his team could win the whole thing.

And guess what? They did! No other team has gone from such a low ranking to becoming the champions. Never before, and never since. They were such an underdog team, but they had so much heart, so much emotion, and so much enthusiasm. On the night of the championship game, our household became Wolfpack fans. Everybody in North Carolina was so excited to see history being made, it didn’t matter if you were also a Duke or Carolina fan. That night, if you were a North Carolinian, you were an NC State fan.

I’ll never forget those last nail-biting seconds of the final game. When the winning basket was made, I remember my dad jumping out of his chair and raising his hands to the ceiling. I’ve never seen him look so tall! I also remember seeing the now-famous scene of Jimmy V running around the court with unbridled emotion and excitement. And the Wolfpack got to do what they had practiced. They cut down those nets!

This past weekend, my dad was visiting me from North Carolina and together we watched the ESPN documentary of Jimmy V and his team accomplishing the impossible. I’ve personally seen the Survive and Advance documentary several times, and I always smile at Jimmy V’s passion for life and love for his players, and I always cry when it shows his inspiring “Never Give Up” ESPY speech.

I share all this to remind you that life is short. Both Jimmy V’s life and my mother’s life were cut short by cancer. I also share this to ask you, are you living a life of passion and enthusiasm? Are you putting your goals in writing? Are you carrying them close to your heart? Are you practicing for your own victories? Are you practicing what it will be like and look like when you accomplish your goals and victories? Those are pretty inspiring and powerful practices, especially when you see such an inspiring and powerful example of how those practices work.

If you’d like to watch the story of Jim Valvano and his ’83 Wolfpack team, you can watch Survive and Advance on YouTube. Even if you’re not a sports fan, I encourage you to watch it. Jimmy V always said every day you should laugh, you should spend time in thought, and you should have your emotions moved to tears. He said if you laugh, think and cry in the same day, then you’ve had one heck of a day. I guarantee if you watch the documentary, you’ll laugh, you’ll cry, and you’ll be inspired.