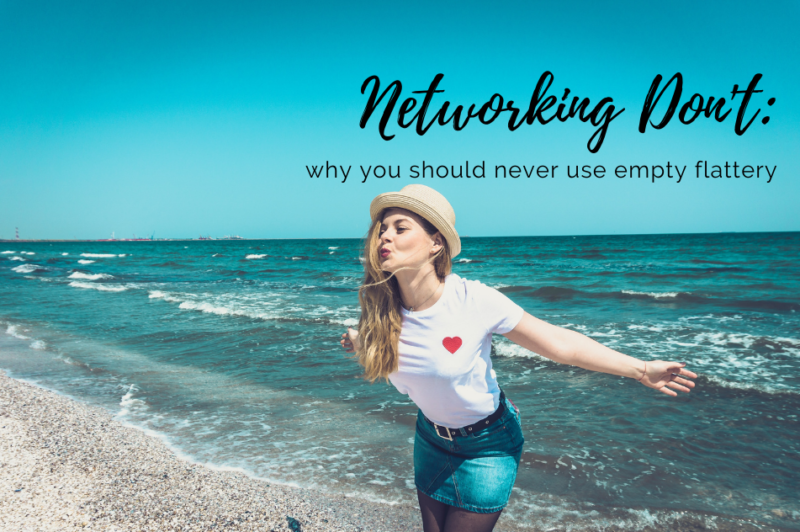 By Lori Bumgarner on September 30, 2021 in Networking

While networking can be tricky, it should never involve trickery, which could cause your networking efforts to blow up in your face. There are several networking don’ts to avoid, which I’ve previously written about. One don’t I’d like to focus on today is empty flattery.

Empty flattery, also known as “buttering up” people, is never a good networking strategy for two reasons. One, most discerning people recognize it immediately and are turned off by it. And two, networking is all about taking the time to build genuine relationships, not being phony to get a list of someone’s contacts.

Story of a networking don’t

I remember someone who was trying to secure my business for his media promotion services. I had only met him once before, and therefore didn’t know much about him.

He told me he saw me as a thought leader in my industry. I couldn’t help but wonder why he’d think this. He’d never once “liked” or commented on any social media or blog post I’d ever made. When his actions didn’t match up with his words, I privately questioned his sincerity.

Then, he asked me to introduce him to one of my contacts, wanting an immediate connection with someone I’ve spent ten years building a business relationship with. I had to set a healthy boundary by letting him know, since my contact greatly values doing work with people he already has an established relationship with, I was hesitant to introduce to him someone I barely know yet. (A lesson I’d already learned in my career, and one everyone will learn in their career at some point.)

This boundary was an opportunity for the inquiring party to put in more time and effort to build a more meaningful networking relationship with me, which would’ve likely led to an eventual introduction to my other colleague. However, it’s been almost a year and I haven’t heard from him since, deepening my questioning of his original flattering words.

To avoid a networking faux pas like the one above, here are some networking do’s and don’ts to keep in mind.

When first trying to connect with a potential contact, don’t use empty flattery to manipulate the situation.

A sincere compliment is okay, but even then I suggest you first put some action behind it. For example, if you really like someone’s work, share it first with others you think could benefit from it, or help promote it to your own social media following.

Imagine to yourself, once you finally have the opportunity to compliment this person on their work, they ask you, “How much do you like it?” They won’t likely ask this question, but if they did, could you answer it?

Also, put less focus on compliments and more focus on being genuinely curious about the other person’s work. Ask appropriate questions about what they enjoy most about their work, what trends they’re noticing in their field, etc.

Then, listen to their responses for things you may have in common with them, especially regarding common values and ethics. This is a much better way to build rapport with someone.

For more networking do’s and don’ts, check out these resources: 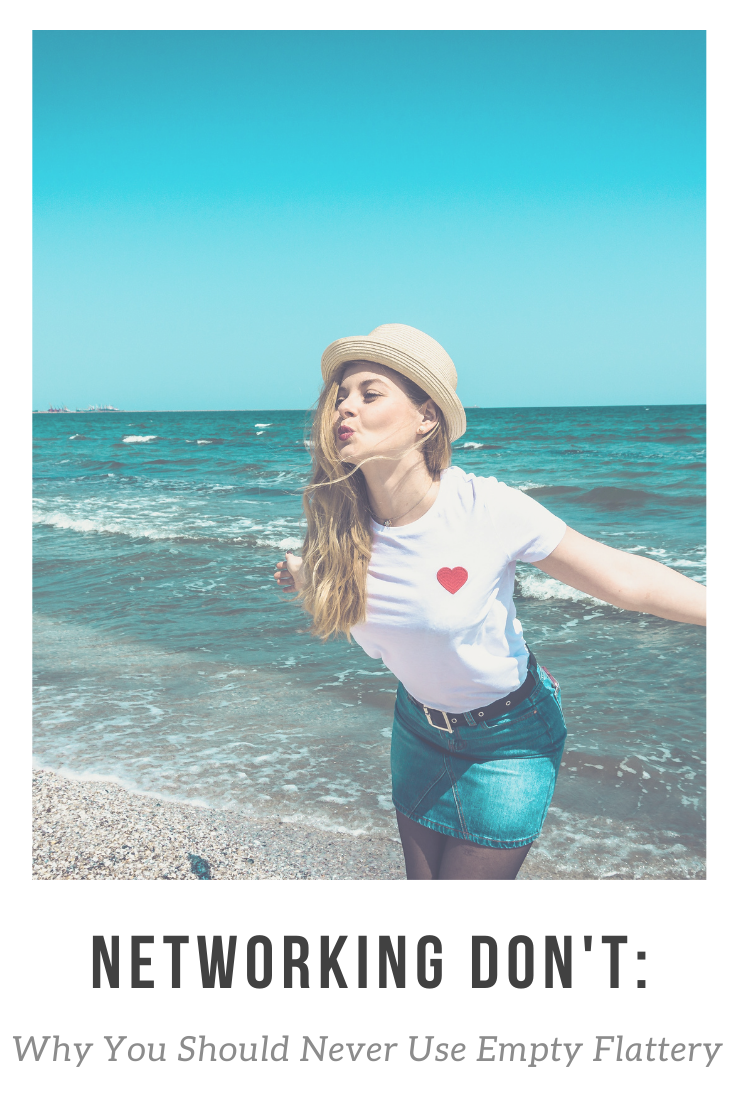