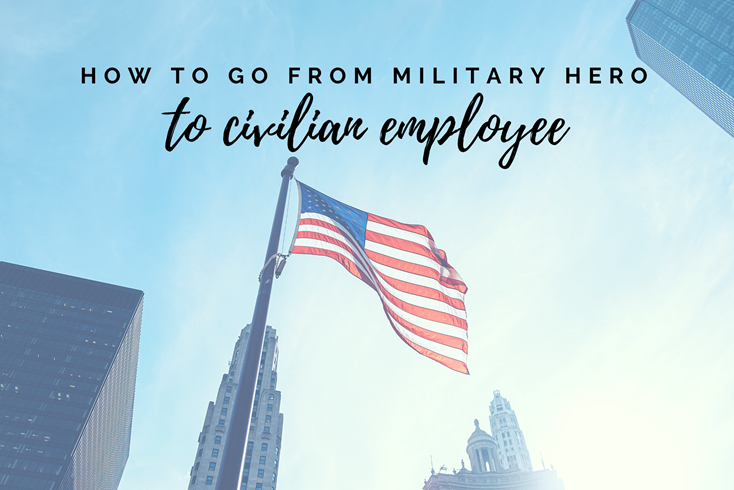 How to Go From Military Hero to Civilian Employee

By Lori Bumgarner on November 12, 2019 in Career Change/Career Transition

When I first started out in career coaching, I worked as the director of a career center at a college located next to the largest military installation in the world. Many of our students were U.S. service men and women earning their degrees on the G.I. Bill and looking to make the transition from the military to a civilian job. I salute them for their service in celebration of Veterans Day this week!

But making the transition from the military to a civilian career path was not easy for most of them. I had to help several of them understand how their military skills transferred to civilian work. I also helped them re-word their résumés to use more civilian-friendly terminology to make them more marketable to potential employers.

It was an honor to work with such fine men and women and to help them use their skills to serve their communities in new and different ways.

For example, I once had a client named Jamie who came to me because for two and a half years since leaving the military she had not had any luck in her job search. Despite being a veteran and applying with companies known for hiring veterans, she couldn’t even land an interview.

Jamie was in her late 20s to early 30s, had proudly served her country, and was honorably discharged. In the two and a half years since she’d left the military she’d started her own animal rescue non-profit and earned an MBA while also conducting her job search. She had mad skills!

Jamie’s transition into a civilian employee

When I began working with Jamie, it quickly became apparent to me she needed to make some small tweaks on her resume and learn some new interview skills she’d never previously learned.

Just a couple days later Jamie got a call for an interview. I spent a few sessions preparing her for the interview. I taught her the interview skills she lacked and did mock interviews with her while providing feedback on how to improve.

How to make the transition to civilian employment

First, if the trauma from your military experience has resulted in PTSD or any other problems that could negatively affect your future work performance, get help! Take advantage of any and all resources and support offered by the military and the VA.

If these problems are not addressed early and appropriately, it could lead to poor work performance. And if you get fired from your first civilian job, it will be even more difficult to find your next civilian job.

Next, build a civilian network by starting with the people you already know, including fellow service men and women. They have civilian friends and family who probably know someone to connect you with.

Then, take time to learn new networking etiquette tips and networking skills. You can do this through my e-book Secrets to Networking With Ease (available on Amazon), and also through my on-demand program The Secret to Successful Networking: How to Do It Naturally and Effectively. If you need more in depth assistance, I offer military discounts on my one-on-one coaching services to those who are active duty.

Then, re-word those skills on your resume using some of the same terminology used in the job ads. You can also look at LinkedIn profiles of other former military personnel to see how they’ve worded their job descriptions. Choosing a one-on-one coaching package can also provide you with personalized assistance in assessing your skills and marketing them to potential employers.

In just about every job interview, you’re going to have to answer behavioral interview questions that begin with “Tell me about a time when…” 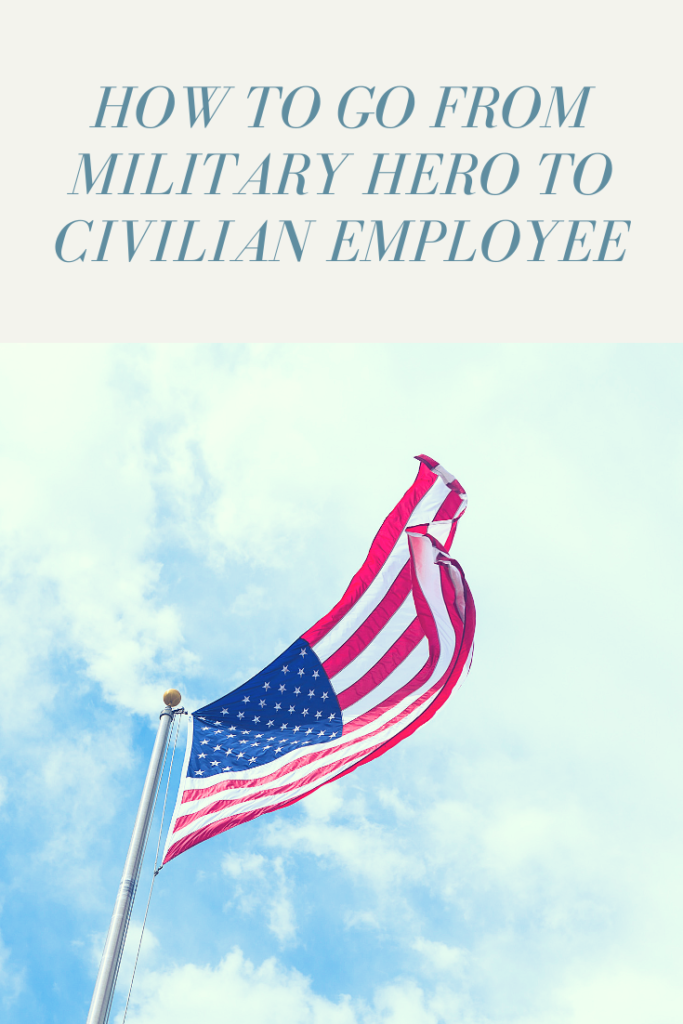