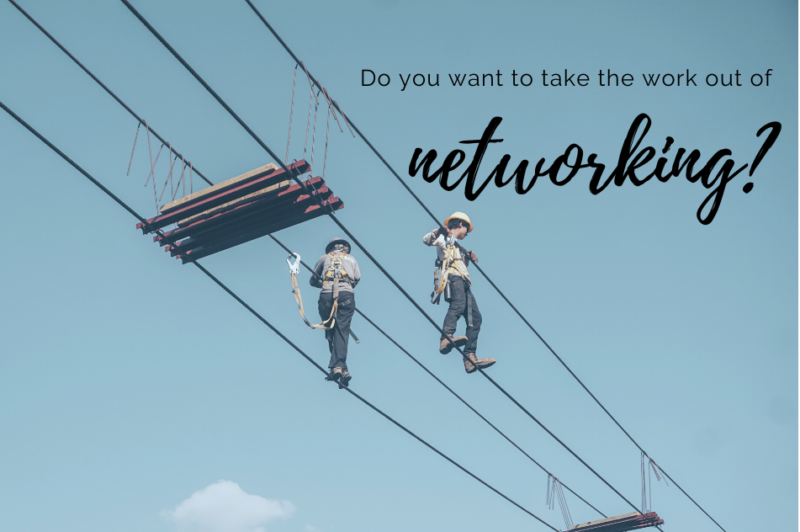 Do You Want to Take the Work Out of Networking? Here’s How

By Lori Bumgarner on May 5, 2021 in Career Advice, Networking

Networking can feel like, well, let’s just say it, work. Just the thought of it can trigger a sense of dread for a lot of people. This is especially true for introverts and job seekers currently unemployed. Because networking can often feel awkward and fake, it therefore feels like work.

But there are some ways to take the “work” out of networking so it doesn’t feel so laborious. Keep reading to find out how.

Taking the “work” out of networking

Instead of thinking about networking as work, start thinking about it instead as “netweaving.” I heard of this term when reading an article by producer and photographer Michael Kushner.

“There is a fine line between networking and netweaving. Are you making these connections to advance yourself, or are you creating an environment where everyone can succeed? What establishes the difference is your intention.”

Networking should never be about what you can get from someone. Instead, your intention and approach should always be about making it a win-win for each party. (See my post, “How to Stop Networking for Good Contacts and How to Be One!“)

In addition, your intentions should be genuine. I’ve personally experienced people approaching me with a so-called win-win situation. But in looking closer, they weren’t being genuine.

For example, in one instance, it was obvious the other party was using empty flattery. In another, a contact was using one of her own clients as bait, to lure me into something only benefiting her other client and herself. Therefore, I declined each of these networking proposals.

In the second example, I politely and tactfully called her out on it, because I’d known her long enough to be able to do so. When I did, she admitted it, and showed appreciation for my forthrightness and said she found it refreshing. We were able to be honest and gracious with each other, which strengthened both our reputations within our network.

Not only do I encourage you to be genuine and intentional in your own “netweaving” efforts, but also to be discerning of those who aren’t. You don’t have to say yes to every meeting or proposal. If you do, this is when networking becomes work. Which brings me to my next point.

2. Use your time wisely

Take an inventory of all the different types of networking you’ve done in the past. This can include:

Spend the majority of your efforts on those that meet the above criteria, while occasionally incorporating a couple of the others so you don’t let yourself get too comfortable. As a result, you’ll see more genuine success, and feel less overworked. 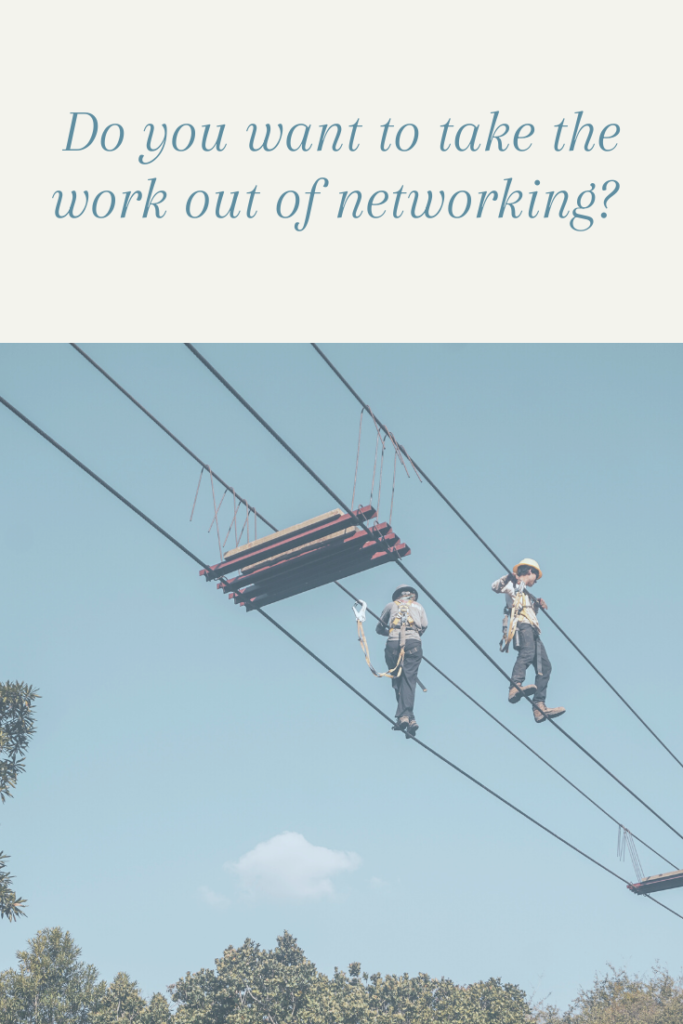