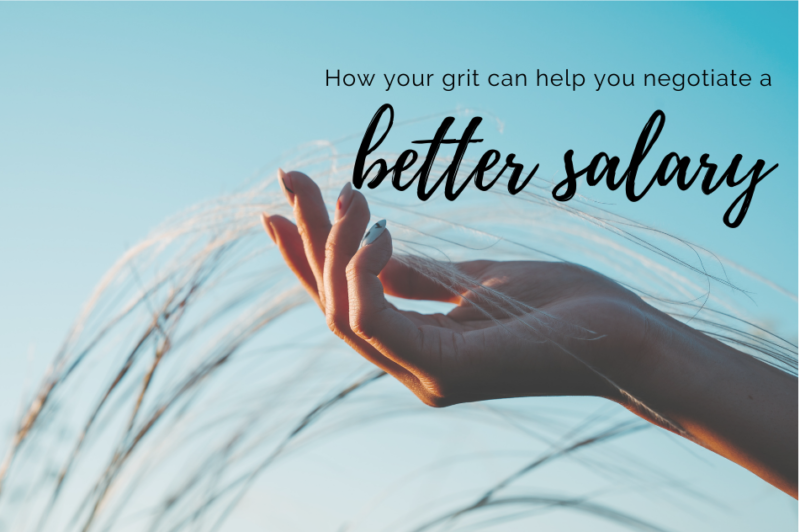 How Your Grit Can Help You Negotiate a Better Salary

My grandmother was the hardest working person I’ve ever known (not just woman, but PERSON). She had grit. And she knew how to value her hard work. In honor of Women’s History Month and International Women’s Day, allow me to share her story. 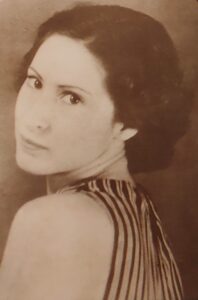 My grandmother worked in a textile mill for a total of 54 years, well beyond the age when most people retire. At the same time, she worked her and my grandfather’s farm until age 91. Because my grandfather couldn’t walk very well, my grandmother did much of the leg-work of running the farm. She also had a side-hustle doing alterations, and raised two children while doing all of this.

My grandmother could pick 100 gallons of strawberries in 90 degree heat at record speed. She was three times faster than people half her age. She was such a hard worker that when her shoe fell off while stooped over picking green beans, she never even stopped to put it back on. A few weeks later her sister noticed the shoe tangled up in some vines. She asked whose shoe it was. My grandmother responded casually, “Oh, it’s mine. I walked out of it and just kept going.”

My grandmother was such a hard worker that on the morning she had a major stroke and was paralyzed on one side of her body, she wouldn’t let my grandfather call 911. Instead she made him hold her up while she fixed breakfast for him with one arm. He had to sneak and call 911.

My grandmother was the hardest working person I ever knew, but there was one thing she wouldn’t do. She would never work a job that didn’t pay her fairly. In fact, when she had to enter a nursing home at age 91, she still wanted to work. So, she asked the nursing home director for a job. The director told her she could help deliver mail to the rooms, but they wouldn’t be able to pay her. She responded with, “No thank you.”

Don’t get me wrong. My grandmother was a very giving and generous person. She’d make sure everyone else had food in their stomachs and shirts on their backs long before herself. She denied herself a lot of things so others could have more. But she also understood her value, and never cheapened her skills.

My grandmother’s grit serves as an example to me, and hopefully to other women, that our skills and abilities are valuable in the workplace. We should not settle for a compensation not commensurate with our experience or the services we’re providing. Instead, we should stand up for what we’re worth, or be willing to walk away.

If you know you’re a hard worker and you’re good at your job, get the confidence to ask for what’s fair. Know your worth and negotiate that new job offer or that contract with a new client. Ask for your long over-due raise or promotion. Don’t demand this kind of respect, but instead, command it. And teach your daughters and granddaughters to do the same.

Need help improving your salary negotiation skills? paNASH can help! Email me to get started. 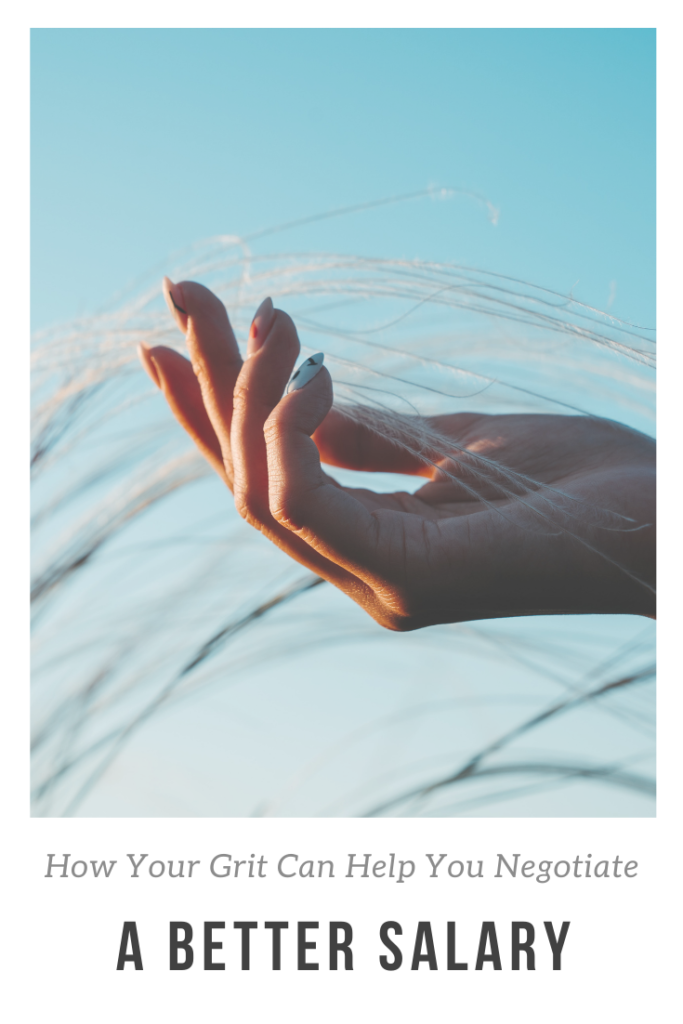 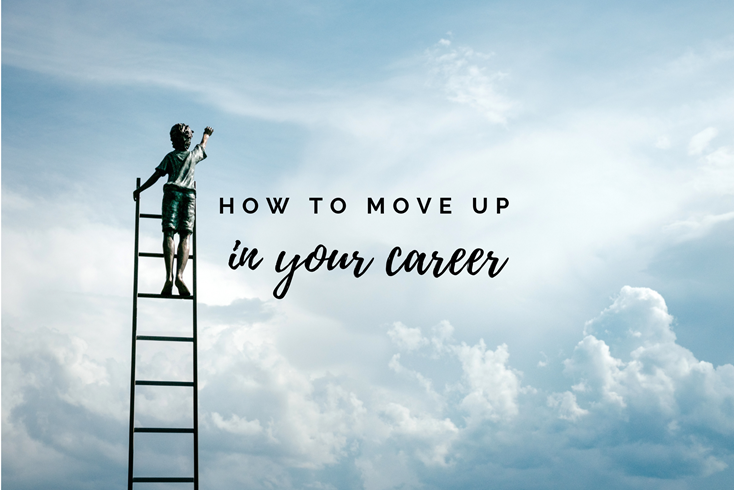 How to Move Up in Your Career

Lately I’ve had several people contact me who’ve said, “I can’t seem to move up in my career. I keep getting stuck in the same low-level jobs and don’t know how to get out of this cycle and move up to something better. Help!”

Oftentimes there’s a simple explanation for this phenomenon. People take a lower-level job expecting to eventually be promoted to a higher level position, but never take action to ensure this will happen.

And then the cycle starts all over.

So how do you break this cycle? By going in to a job with an intentional and focused plan.

The people who have suffered through these cycles are in them because they didn’t take responsibility for their own career growth. They went in with no plan of their own and instead expected the higher ups to recognize their potential and promote them.

But, just like a job doesn’t fall into your lap, opportunities for advancement don’t either. You have to do your part to grow in your career. But how?

Below are several actions you can take to jump start a plan for moving up in your career. I’ve also linked each action to paNASH’s various on-demand video courses that show you in more detail how to carry out each action. (Get 15% off each on-demand program from Sept. 18-25 when you enter the discount code FALL2019 at checkout.)

In addition, paNASH provides a one-on-one personalized coaching track focusing solely on career growth. The Career Growth Track provides you an in depth plan you need to break the cycle. Also, it’s perfect for those who’ve just started a new job. It includes:

Don’t stay stuck in your career! The power is in your hands to become unstuck and move up. You just have to learn how to wield your power by following the suggestions above. paNASH can help you do this in two ways: 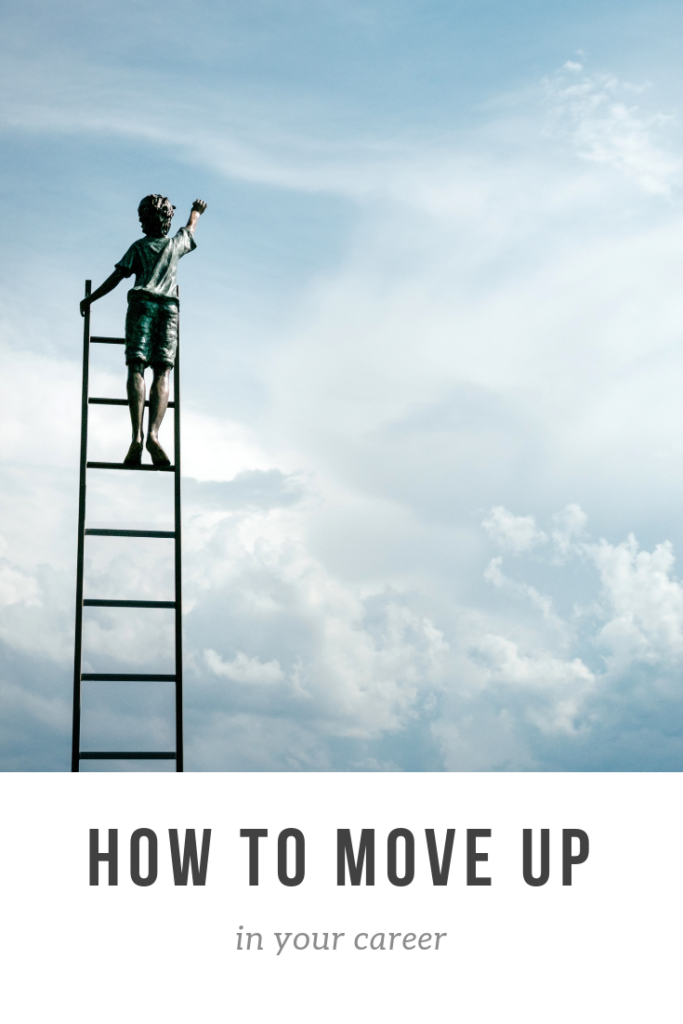